Now that we've been able to integrate social media into your Stretch Internet platform, it's time to take that next step and see what options you have with Twitter Hashtags! In this day and age of technology, "hashtagging" has become the cool kid at school, so why not use it to your advantage?

Whether it's for a single event or all of your scheduled broadcasts, you now have multiple ways to aggregate tweets using a specific hashtag for the Twitter Feed in your portal!

After you've selected the date and time for an event, a Twitter Hashtag field will appear where you'll be able to input a hashtag for that particular event. After you've input a hashtag and clicked Submit, any tweet that includes that hashtag will show up in your Twitter Feed for that event. 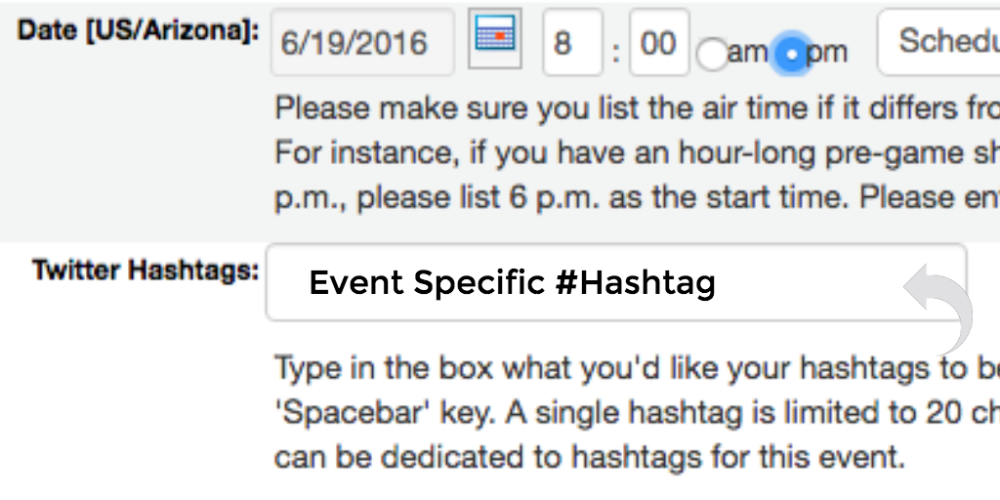 You can also utilize multiple hashtags for a specific event.

Just for reference, a single hashtag is limited to 20 characters and up to 50 characters can be used in hashtags for a specific event. 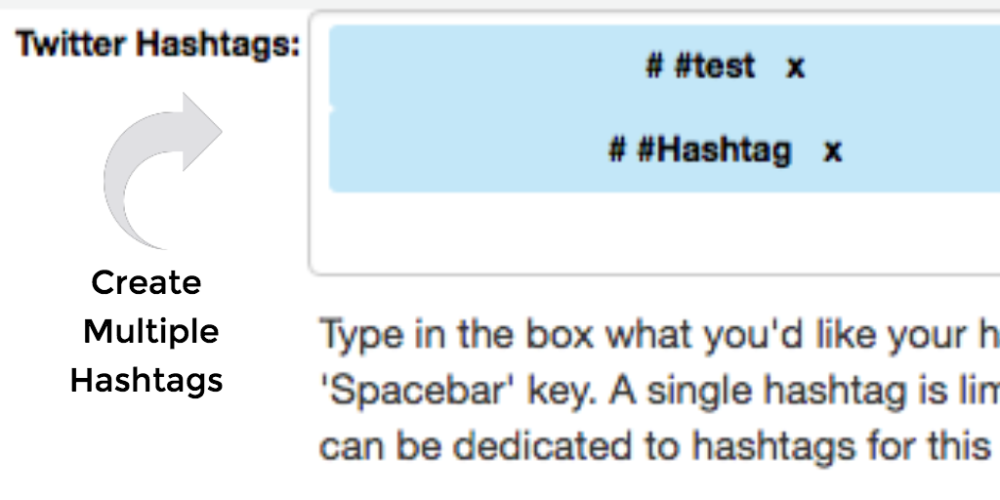 When it comes to integrating a particular hashtag for all of your events, you'd first need to log in to your CMS, click the Portal Manager tab and scroll down to the area that reads Social Media. After you've added and authenticated a particular Twitter account with your portal, you can include a global hashtag that's applied to all events across the board.

If you utilize the Twitter Hashtags field in the screenshot below, any tweets containing that hashtag will be publicly displayed in the Feeds tab of your portal for any event you schedule. You can press "Enter" or the spacebar key to enter additional global hashtags. 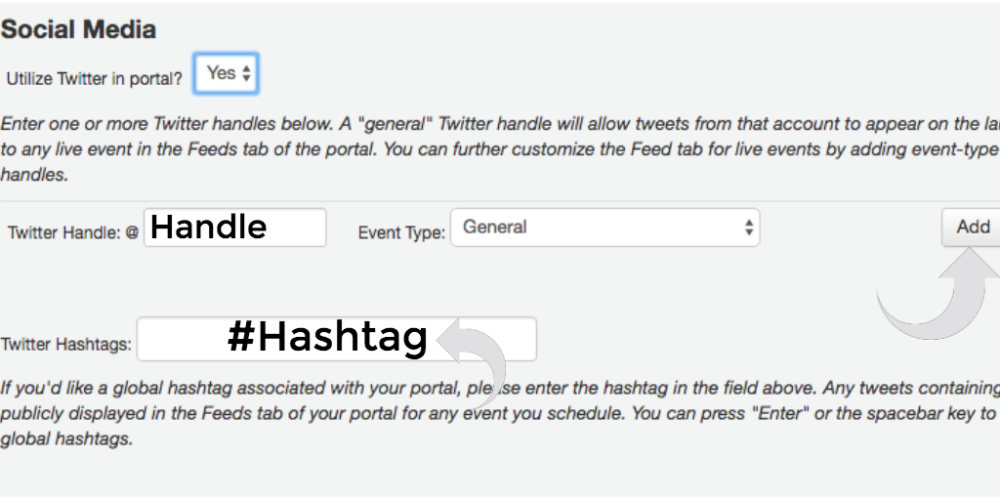 WARNING: If you include a generic hashtag such as #GoCardinals, any fans of the St. Louis Cardinals, Louisville Cardinals or Arizona Cardinals that include that hashtag in their tweets will show up in your Twitter Feed as well. The same can be said for #GoPatriots & #GoRoyals. If you are looking to avoid that, be sure to customize your hashtag so that it won't get gobbled up by other tweets.